Apology Letters to all my Stuff

I missed the usual Black Friday start for my new Tender Loving Stuff project while I was in Scotland working on another long-term project called The Coordinates of Home, which has jumped into its place as my next blog series on this site. This image bridges ideas between the two blogs. 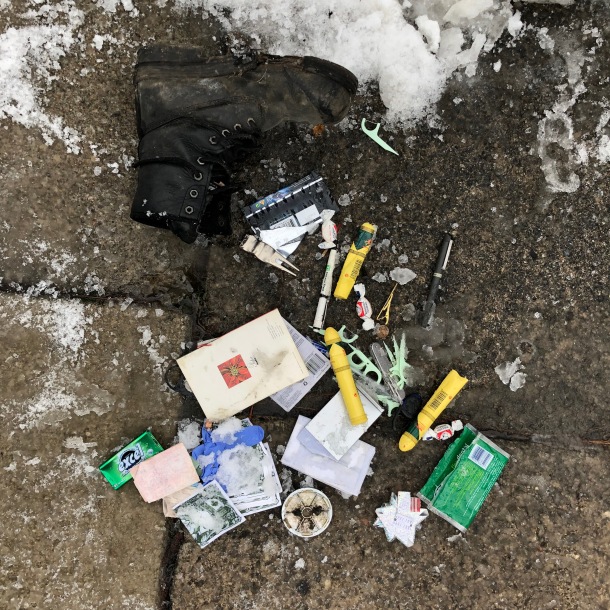 Not my home, not my stuff

If this blog sounds emotionally charged to the point of melodrama, please remember that these letters were written seven to eight years ago when I was feeling frenzied with regret and remorse. After many years of striving to get enough, I realized I had overreached the mark: I had acquired way too much stuff and was not taking good care of things. The long duration since that time has been occupied with research and related projects, some completed, some never gotten off the ground and some like this one languishing nearly finished. This blog manifests a new attempt to take care of things, particularly unfinished and discarded artwork.

All the best to you and your Stuff, 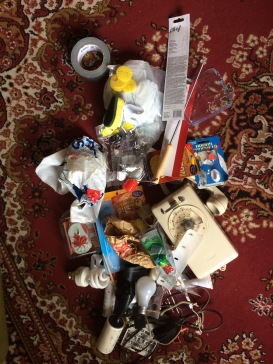 To My Dearest Stuff,

I would like to apologize to all of you: my stuff, junk, and possessions. I have been callous, and I am truly sorry.

I would like to express my gratitude for owning each of you, the things that I have bought, found, made, grew, dug up and pilfered. (It was not really stealing, but in the past, I did take home a few pens from work.) My house is stuffed with you, my things. I would have more if a lot of you hadn’t been sold, lost, given away, burned, broken into bits, renovated, remade, harvested, composted, ate, worn out, left behind, buried in the ground, thrown in the garbage or been stolen from me. I would like to apologize to all of you that are gone, that I have carelessly let slip through my fingers. I promise you that I will endeavor to remember, not only those of you that are still in my possession, but also those of you that are missing.

If you were taken from me in an untimely manner, I will likely recall vividly you leaving. If you were lost to me through criminal intent or an Act of God, your images are likely emblazoned on the hard-drive of my mind forever. If I sorted through your charred remains as an aftermath of arson, no doubt I would remember your blackened form when I hear a fire engine or smell a campfire. That I lost you through theft is hard to deal with. You were gone before I had a chance to say goodbye. If someone else wanted you enough to take you, chances are you were still valuable or useful to me. Here my guilt kicks in. Maybe it’s karma: I should have taken better care of you.

I feel consumed with regret for each and every one of you I have thrown away. Countless objects like you and your packaging sit wither in landfills in every town, city, village and countryside where I have lived and visited during the spending spree that has been my life. How could I return to all those garbage dumps and lug home all you passé dresses, shoes, T-shirts, underwear, coats, boots, broken rhinestone broaches, cracked teacups, worn-out socks, rusty spoons, toys, furniture, newspapers, magazines and phonebooks? I have cut your lives short. I am so sorry.

I should have taken better care of my teddy bears. I should have made do with the nice clothes I had instead of going out and buying the latest styles every season. I should have rescued all the burnt things from the fire. I should have kept the doors locked and left nothing on the front porch to be whisked away in the night. I can’t bear to think about all the trees cut down for the books, magazines and newspapers I’ve read and discarded. Was keeping informed that important?

Acrylic, polyester, polymers: everything I have, even the technology that I use to communicate about my work and connect with my friends depends on you. My stored possessions are stuffed in extruded plastic containers. How many tons of petroleum did it take to move me and my stuff from apartment to apartment, house to house, city to city?

Stolen things: 2 wallets, grandfather’s cigarette case, art supplies, scanner, camera, briefcase (returned), laptop, rocking chair. Might I have given you away if you hadn’t been stolen? “You don’t know what you’ve got ‘til it’s gone.”

The fact of taking on this ambitious project, underscores what you have meant, and still mean, to me. You are things drawn of the earth, or objects designed and manufactured by humankind. As such, I hope to recognize and honor the value that I am unworthy to attach to you.

While I sit at my studio desk gazing out the window, my peripheral vision catches seven things that are in bad shape, mostly due to my carelessness and neglect. Every manufactured item becomes a totem. What am I taking from my mother’s hoarding, her dilemma about stuff? What did I inherit? What have I learned about the relationship of people to their things? Her belief that nothing is garbage goes beyond the Great Depression mentality that anything may come in handy someday and a farmer’s traditional practice of disposing everything on their own land. Her emotional pathology has nothing to do with the use value or the exchange value of objects. She had no trouble giving away good things. She did not want things to be biodegradable, but to stay the way they were forever. The ego does not allow things to break down and decompose. The object is wrapped in fears of death and decay.

Can you help me out? What should my next steps be? Will I need to go public and make art with these stories? Do I need to communicate my guilt? Are you interested? Will anyone else be interested or will they cringe at this need to offer up my guilt, complicity and consuming desire for examination? I am compelled by reasons of my own: my background in economics, research on international trade, my mother’s hoarding, and the poverty of my youth. 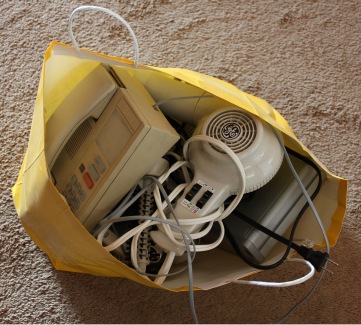 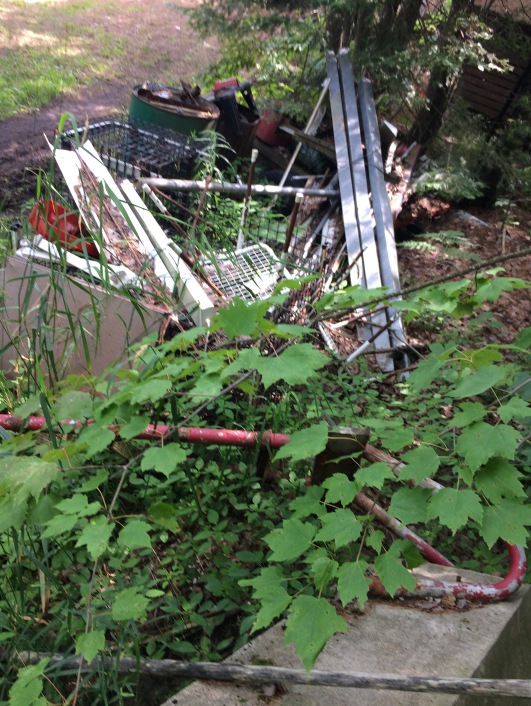 These letters were written as a purge, a small step toward atonement. I envisioned compiling them into a book. The copy was edited and images assembled but even a limited edition artist book seemed to be using an excessive amount of paper. I researched publishing e-books and went on to other things including the YouTube Haul Out videos.  The project stalled. The seventh anniversary of the first Haul Out episode seems the right time to publish these letters.

Thanks to editor Anastasia Hare, designer Jasmeet Sidhu and copy editor Gaye Jackson. And to P.D. for hauling stuff to thrift stores.

Apology Letters to all my Stuff is dedicated to my mother, Audrey August Smith, whose 92 years of compulsive hoarding led me to reevaluate my own attachments to and detachments from things.

All writing and images on this blog ©Tegan L. Smith, 2017